Good evening everyone. Yes, I know it has been a while since the last post, and I am sorry about that. I will try to get the rest of the flight reviews out in my current series ASAP.

Now to a more positive note. This has quickly crept up on me, and I cannot believe that it has been one year since I created this blog (and even more since I started taking photos of my flights for the reviews). I started this blog just to fuel my passion for aviation and reviewing flights in general, but it is also really nice how many people are actually reading the blog and supporting me. The number of people reading the blog other than my family and friends is so much more than I was originally anticipating (which admittedly isn’t saying a lot, but still). The diversity is also incredible, with all of you tuning in from 51 different countries worldwide across all six inhabited continents.

So as a special post, I will be ranking all of the products I will be giving “awards” to different airline and airport products based on parts of the flying experience. These are all products that I have either already reviewed, or have already flown and will review in the future. The categories, in order, are listed below:

One more thing: All of the categories will be based on the Economy Class experience since that’s all I’ve flown so far. That is why there are no categories like best lounges.

So without further ado, let’s begin!

THE WINNER: JetBlue’s Airbus A320

I have not done a detailed review of JetBlue yet but shared my overall thoughts of their product in the link above.

This seat is definitely the most comfortable seat that I’ve ever flown in. The leather seats were extremely plush, and the legroom is the same as you would find in Economy Plus on the legacy carriers! While this old aircraft lacks modern amenities such as power ports and is definitely showing its age based on how worn out it looks, purely based on seat comfort, these seats are definitely some of the best out there. While these seats are currently being replaced, at the time of writing the vast majority of the fleet still has them, so is a great value if you want extra padding or legroom on shorter flights without shelling out tens or possibly hundreds of extra dollars.

Another airline operating the A320,  Qatar Airways offers a very comfortable product on the A320. Although the seat is not at the level of JetBlue, it is still very wide and comfortable and offers more-that-sufficient legroom. 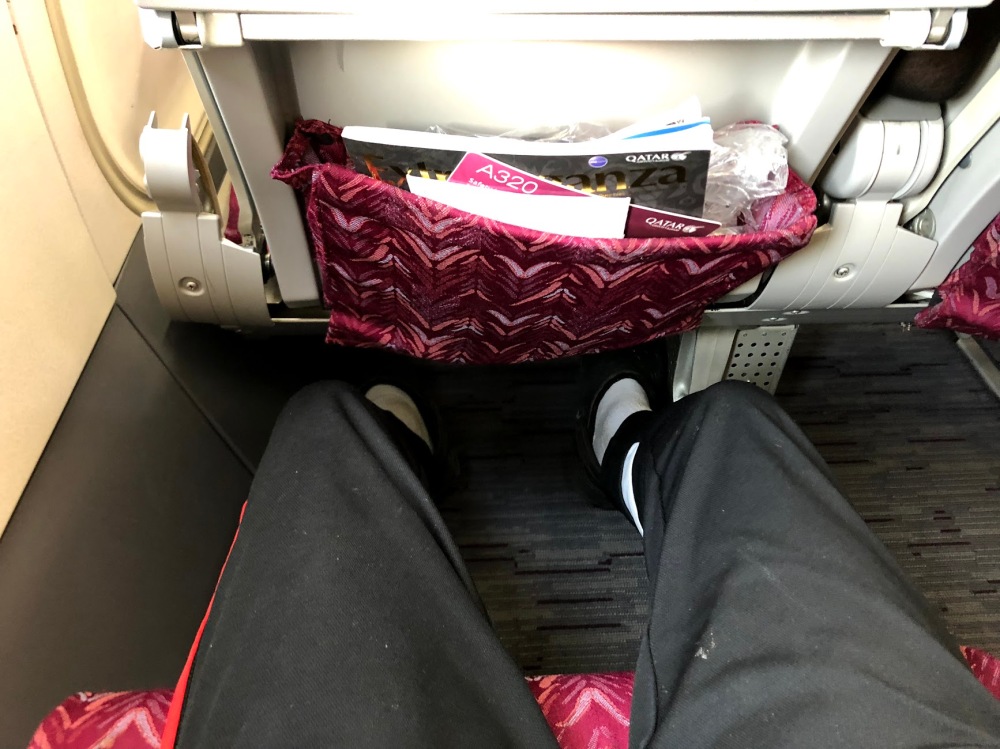 It is kind of amazing that the two most comfortable seats I have flown in are in narrowbody aircraft, but I guess it shows how many airlines are cramming seats into their widebody planes.

Qatar Airways wins this title by a landslide. Their new 777s have massive touchscreen inflight entertainment systems with really cool features on them, as well as a modern remote if the flyer would like to use that instead. Of course, there are also power plugs and USB ports at every seat if needed. The tray tables have a latch to easily store the tray tables. For more details, read the flight review in the link above. There is relaxing mood lighting throughout the cabin.

In this category, Qatar Airways really did not have much competition, so the next closest thing is United’s relatively new 777. The only big thing that United has going for it is their mood lighting. They also have USB ports and AC power plugs at every seat.

In order to find the winner for the best airplane food, I have to go back to my first ever flight review, flown over a year and a half ago and published nearly a year ago. Austrian and Do & Co has really got their catering right. They not only serve delicious main courses but also serve warm bread rolls straight from the oven-in Economy Class!

Qatar Airways, however, comes a close second. While the food is definitely of a slightly lower quality than Austrian (but still really good for airplane food), they get points because of their more premium meal service, such as handing out menus in Economy.

This plane is 26 years old (about 25 when I flew it) but you would never know that based on its newly-refurbished and spotless interior.

While this plane is now almost a year old, at the time of flying, it was just four months old. The interior quality definitely showed!

Qatar Airways wins this one by a landslide. Their new IFE system is massive for Economy Class, is super high definition and is packed with loads of movies, TV shows, and games from all over the world.

This is the only negative award out of all of them, but I thought it would be kind of funny to add this one in. On a flight early last year from Geneva to Newark, United made us all board, then slowly kept delaying the flight half an hour at a time until we had been sitting on the ground for three hours! More details can be found in the flight review in the link above.

This airport is hands down the best airport I have visited. It opened in 2014, looks amazing inside, and is perfectly designed in order to get people to the gate on connecting flights as quickly as possible. More details can be found in the flight review above.

THE WINNER: Qatar Airways’ Airbus A320 from Kilimanjaro to Doha

What made this flight so much fun was two things. First, during takeoff, the pilot announced where Kilimanjaro was, and because it was so empty, we could run to the other side of the plane and get an incredible view of the tallest mountain in Africa.

On top of that, the flight was half-empty, a first for me. I got a whole row to myself which meant that I could create a makeshift lie-flat bed and sleep nicely for the second half of the flight. 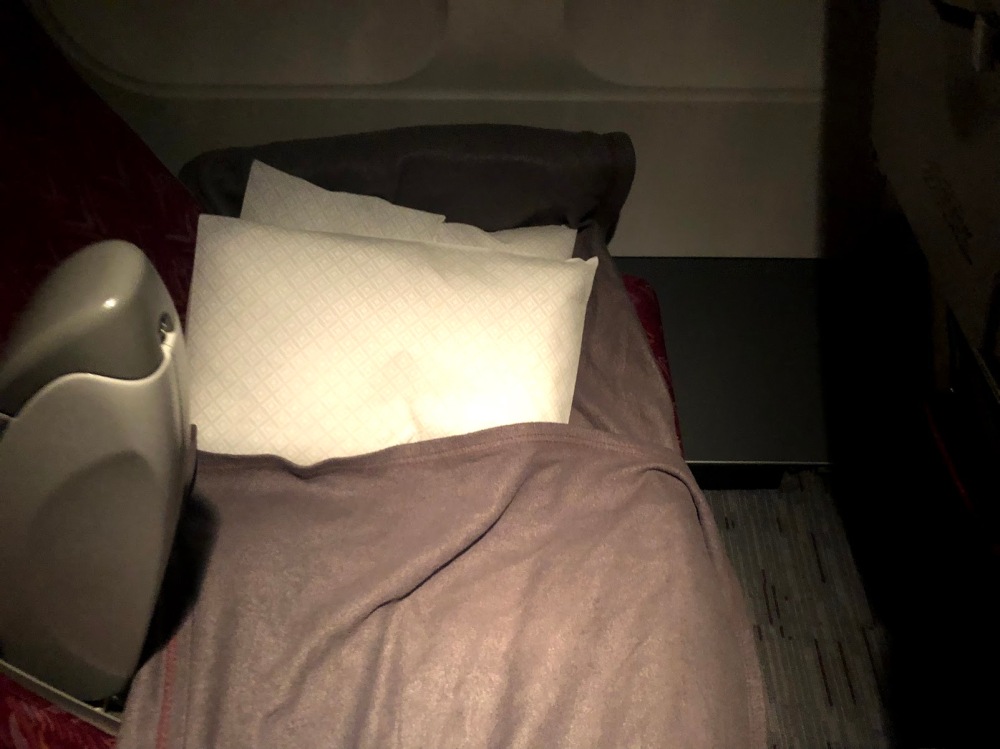 Based on the above awards, this one should not come as a surprise to anyone. I flew two flights on Qatar Airways, and their service was hands down the most premium service that I have ever received in Economy. On top of that, Hamad Airport, Qatar’s hub, was absolutely gorgeous (as you can see above), and the hard product, as well as their soft product, was top-notch.

And that wraps it up. This will be published late at night EST, so depending on where you are, you will probably see this on Sunday, a day after the actual anniversary. Once again, a massive thank you to everyone who reads and enjoys reading my work. Here’s to another awesome year of blogging.